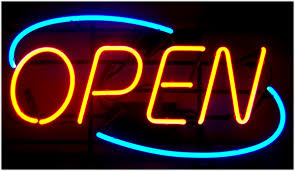 An open position is defined as a position with no locked pawns and typically 3 or more pawns have been traded. This position is the complete opposite of a closed position and different from the semi-open position as well. Understanding the differences and how they change the layout of the game will help you to play much better in this kind of position. The three factors that we will cover with this position are the plans possible, the speed with which you need to act, and the pieces that are most effective.

Plans:
There are a few different plans possible in an open position. The main emphasis of these positions is piece mobility. Because of the lower number of pawns on the board, there is less of a focus on pawn pushes. If you have better placed pieces and more open space for them than your opponent does, then you are usually in a favorable situation. For this reason, maximizing your pieces is a strong plan.

In the position to the above, we see an open position where both sides have pieces placed in active spots. However, White can now begin a plan of maximizing his pieces even more by switching his attack to the kingside: 1.Bc1 Qb8 2.Rg5! — attacking on the kingside quickly, something that Black is not prepared to deal with.

Speed:
Speed is a huge factor in these types of open positions. With piece mobility being a big focus in the position, using your pieces to move all over the board quickly will be very important. Looking again at the position on the right, we see that each of the moves that White played in the sequence were all attacking moves that forced Black to respond, not letting Black start his own maneuvering. 1. Bc1 attacked the queen, 2. Rg5 threatened 3. Qxf6 forcing a defense by Black. White was able to improve his piece placement with a gain of tempo, something that helps him immensely in an open position where time is of the essence.

Pieces:
The most effective piece in open positions is the bishop. This is because, with the lower number of pawns on the board, there are more open lines and diagonals. A bishop can be sitting in one corner of the board, and suddenly jump to the other corner of the board if it’s on an open diagonal. Back with the position on the right, White’s bishop is sitting all the way back on b2, but is exerting tremendous pressure on the black kingside because there are no pawns in the way of the diagonal. When there are fewer pawns on the board, then rooks are also more powerful, because their lines are not closed down either.

Read more about the generalities of the three different types of chess positions by clicking here: “Three Chess Positions: Generalities”.

I learned a lot about how to play positional chess by watching this video!