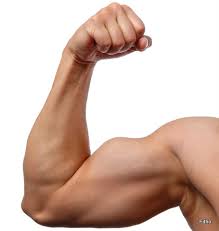 Have you ever gotten to a position and been unable to figure out what to do? You may have tried to calculate all the different moves possible on the board, hoping that you would be able to find the answer to the position by doing that. But within a short time you realize that blindly looking at every move in a position will just bog you down and result in confusion. You might ask yourself, “How do I know which moves to look at first?” Well, the first moves that should always be checked in any chess position are the “Forcing Moves”.

“Forcing Moves” in chess are all of the options we have in a position that are a:
1. Check
2. Capture
3. Major threat

They are called forcing moves because they force the opponent to do something. Obviously if the opponent’s King is in check, the King is forced to defend himself. If an opponent’s piece is captured, then he is usually forced to respond to this capture or else he will be down material. And if we threaten our opponent then this would typically force our opponent to respond to the threat as well.

The reason that looking at forcing moves first is important is because of some mathematics. On the first move in chess, White has 20 total possibilities for positions (16 pawn moves and 4 knight moves). Then after Black makes his first move (he has the same 20 options), there are 400 possible chess positions after the first move made by White and Black. As we get farther and farther into a game, there are even more options of moves and positions. Unfortunately, we can’t physically calculate every single chess position. We’re not computers!

This is where first looking at the forcing moves in positions is very important. It makes things much easier for us to start with. Considering the forcing moves first in a position will help us to cut down on the amount of moves that we need to calculate. This is especially important in tactical positions: 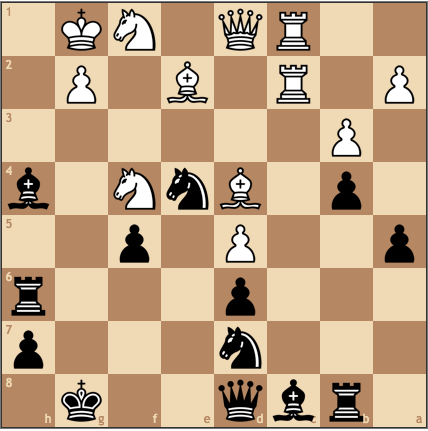 In this case there are no captures possible for Black. After analyzing these forcing moves, we see that Bf2+ allows another forcing move after White’s reply Bxf2: Moving the rook down for a sacrificial check: Rh1+! After White replies Kxh1, we have another forcing move possible: Nxf2+ Kg1 and our final forcing move of the sequence: Nxd1. At the end of the tactical combination, we will have won White’s Queen for a rook and a knight. That’s good for us! The other forcing moves Nc3 and Nf2 do not get the same result in this case, so we would go ahead and play the most forcing line here to win material.

So in review, forcing moves are the checks, captures and major threats that are possible in a position. Always be sure to look at the forcing moves first in any position that you are playing. It will help you to cut down on calculation and you may realize that you have a forcing combination or sequence of moves available that will win you the game right away! Read about critical squares to help you even more with your tactics.

I learned a lot about forcing moves by watching this video!